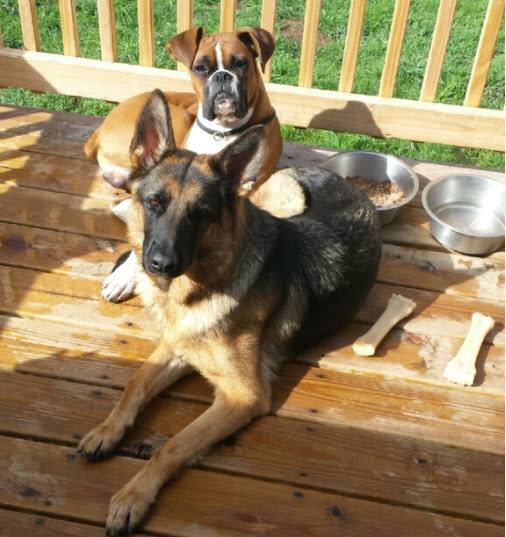 Police dogs have been employed in the search for the two escaped inmates.

They have tracking abilities beyond what the best- trained human law officers can muster.

NewsChannel 13 spent time with a K-9 to find out how these four-legged investigators operate.

Along with hundreds of law enforcement personnel, clever, four legged investigators are on the prowl for two convicted killers on the run.

Reports Friday say dogs picked up on a scent believed to belong to either David Sweat or Richard Matt, leading police to an area about three miles away from the Clinton Correctional Facility. Police reportedly found food wrappers, an imprint from a shoe and bedding.

“These guys have no chance if they’re in the area and there’s police officers with dogs,” says retired detective and dog trainer Ronald McLaughlin.

Reports also say this latest discovery is evidence the fugitives are on foot- likely in rough terrain.

After introducing the dogs to the criminals’ scents, they can follow it anywhere.

“A dog has 10 thousand times more scent ability than we have,” says McLaughlin

To get an idea of how crucial dogs are to the mission, we met Nora, a K-9 similar to the ones being used in the manhunt in Dannamora and her owner Ron Mclaughlin, a retired detective with the Albany Police Department.

They are 100 percent crucial.

Mclaughlin says these dogs can track a scent through woods and swamps.

And even without their smell, if these men are close, the dogs can pick up on their fear.

Investigators hope that will be the case very soon.